Award winning cuatro player, mandolinist and musical producer, Jorge Glem is without a doubt one of Venezuela’s musical treasures. Born in Cumaná, Venezuela, Glem, who currently resides in New York City, has set out with a clear and driven purpose of presenting the Venezuelan cuatro as a universal instrument. His amazing talent and purpose have allowed him to share the stage with renown worldwide figures such as Paquito D’Rivera, Jordan Rudess, Rubén Blades, Carlos Vives, Calle 13, Natalia Lafoucarde, Guaco, Desorden Público, Ensamble Gurrufío, Gualberto Ibarreto, Etienne Charles and many other important music personalities, accomplishing the fuse of this traditional instrument in genres such as jazz, salsa, bluegrass, rock, and pop.

In 2017 Glem, in that continuous effort to introduce the cuatro to the world, initiated a movement called #4CuatroMusic through social media that reached more than 1k posts in only 3 weeks. Without a doubt, the cuatro is more than an instrument to this musical prodigy. It is a part of him and through playing it, he is able to attain a global voice.
Also a member of Latin Grammy winner, three times Latin Grammy nominee and most recently 2018 Grammy nominated, acclaimed ensemble C4Trio, Glem has participated in over 200 productions and has traveled extensively throughout the world.

Jorge Glem has been the winner of prestigious awards such as “El Silbón de Oro”, 2014, “Siembra Del Cuatro”, 2015, and three Pepsi music awards for his album “En El Cerrito.” With three productions of his own, Glem is also currently participating in collaborations with folk accordionist Sam Reider, as well as in another project with Cuban-Venezuelan pianist, composer and arranger, Cesar Orozco, with whom he most recently recorded and is preparing to release an album. Glem continues touring across the U.S., Latin America and Europe and looks forward to many more collaborations incorporating the iconic Venezuelan cuatro. 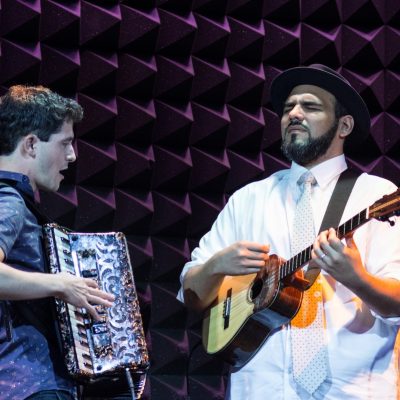 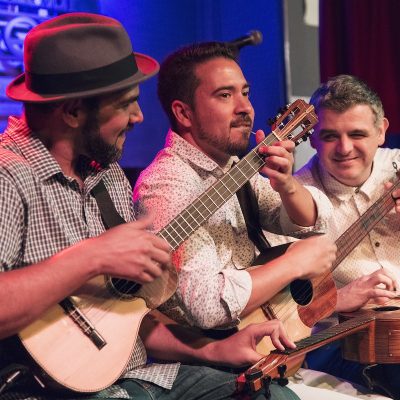